A battle between a Cat and a Mouse.

One player's the Cat, the other player's the Mouse. The Mouse lays traps for the Cat in secret, and the Cat tries to figure out what they are and take them down.

Whoever plays the better mind games wins the game!

Includes printable rules and reference cards for each player.

"This is a blind scratch in the dark, under the bed, looking for the mouse."
-Cat player

The iocane powder scene from The Princess Bride, Root: A Game of Woodland Might and Right, Tom and Jerry, Love Letter, and Werewolf.

That's it! Now you're ready to play Cat & Mouse with printed rules. Enjoy! :)

Special thanks to playtesters:

Direct all questions and feedback to me@alexjleone.com. 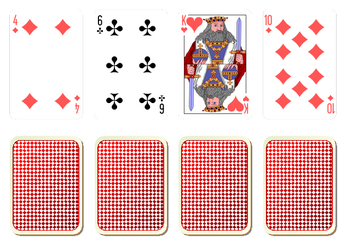